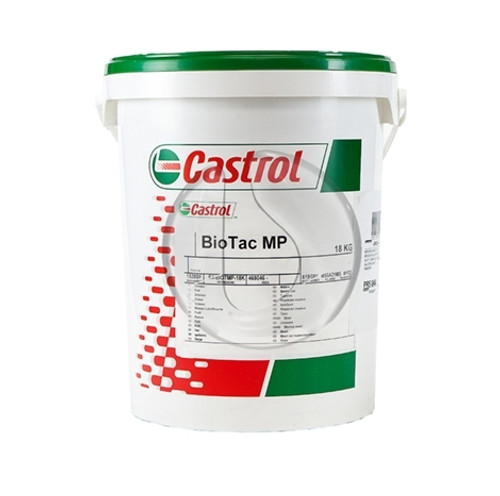 GreaseBioTac MP is an environmentally responsible, multipurpose EP grease based on a combination of Lithium Complex thickener technology, biodegradable base oil and an optimised performance additive system to impart corrosion protection, oxidation stability and load carrying capability. The inclusion of polymer technology enhances the adhesive properties of the grease, improving water resistance and thus reducing the potential for contamination of both the open deck and the marine environment.

Castrol BioTac MP has been registered according to OSPAR (Oslo and Paris Convention) requirements and approved by the UK regulators for use offshore. It therefore meets the requirements for being an environmentally acceptable lubricant under the 2013 US Vessel General Permit.

Application BioTac MP has been developed primarily for use on exposed marine deck applications and combines excellent physical properties that enable resistance to both mechanical shear and water spray-off with an additive system developed to protect exposed components from corrosion, oxidation and the effects of load, friction and wear. BioTac MP is intended for use in a wide range of applications including plain bearings, wire ropes and open gears typically found in marine mooring and cargo winches.Furthermore, ramp door bearings, pedestal bearings and cargo hatch rollers are also examples of slow/medium speed marine deck applications for which BioTac MP is ideally suited. The combination of thickener and base oil technology enables BioTac MP to have a broad operating temperature range of between -35C and +125C.