Gas detection systems are wares of safety technology and are used preferably to preserve the lives of workers and to ensure plant safety. Gas detection systems are dedicated to sense dangerous gas vapor concentrations, to trigger alarms and beam lamp signal– to activate counter measures, before it can come to a hazardous situation for employees, assets and environment.They are vital tools for ascertaining if dangerous level of gas has been reached as well as the source of the leak within a surrounding. A variety of gas detectors are available for home, commercial, and industrial use. The goal here is to grasp the mechanism and application of gas detectors to our advantage.

Gas detectors use a sensor to measure the concentration of individual gases in the atmosphere. The sensor serves as a reference point and scale, generating a measurable electric current when a chemical reaction caused by a specific gas occurs. The sensor will monitor these currents and alert the user to safety as soon as the presence of gas approaches an amount that is harmful. 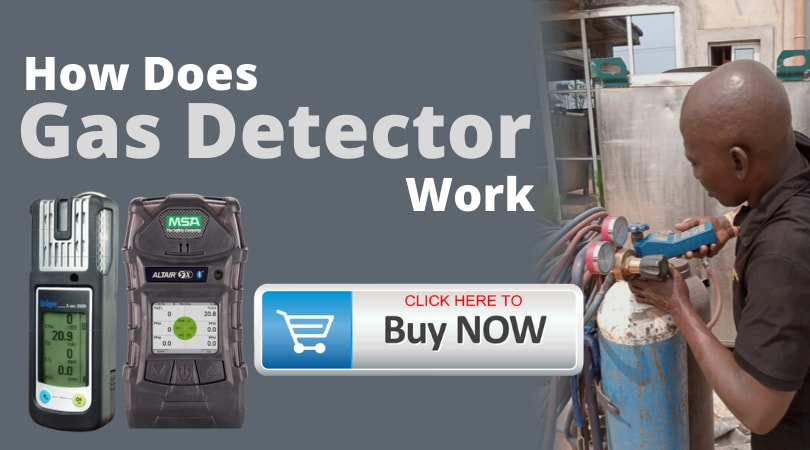 Gas detectors are categorized by the type of gas they detect: combustible or toxic. Within this broad categorization, they are further defined by the technology they use: catalytic and infrared sensors detect combustible gases while electrochemical and metal oxide semiconductor technologies generally detect toxic gases.

Catalytic sensor: This technology is used to detect combustible gases such as hydrocarbon, it exploit the science of catalytic oxidation to function. The sensors of this type of detector are primarily designed from a platinum treated wire coil. As a combustible gas comes into contact with the catalytic surface area, it is oxidized and the wiring resistance is changed by heat that is released. A bridge circuit is typically used to indicate the resistance change.

Infrared sensors: These sensors are also referred to as IR detectors. Infrared sensors function via a system of transmitters and receivers to detect combustible gases, specifically hydrocarbon vapors. Typically, the transmitters are light sources and receivers are light detectors. If a gas is present in the optical path, it will trigger interference with the power of the light transmission between the transmitter and receiver. The altered state of light determines if and what type of gas is present.They can determine the presence of gas as well as specify the gas type.

Infrared sensors use light-emitting transmitters and a receiver to sense when gas is present. It interferes with the light transmission, and sounds the alarm.

Electrochemical sensors or cells: They are most commonly used in the detection of toxic gases like carbon monoxide (CO2), chlorine (Cl2) and nitrogen oxides (NOx). They function via electrodes signals when a gas is perceived. This process is achieved by allowing gases to diffuse through a porous membrane to an electrode where it is either oxidized or reduced. Generally, these types of detectors are highly sensitive and flags off warning signals via electrical currents. Various manufacturers produce these detectors with a digital display. Electrochemical gas detectors are used in a wide variety of environments such as refineries, gas turbines, chemical plants, underground gas storage facilities, and more.

Metal Oxide Semiconductors (MOS): They are also used for detecting toxic gases (commonly carbon monoxide). This technology work with a gas sensitive film that is composed of tin or tungsten oxides via a chemical reaction that takes place when the gas comes in direct contact with the sensor. The sensitive film reacts with gases, triggering the device when toxic levels are present. Generally, metal oxide sensors are considered efficient due their ability to operate in low-humidity ranges. In addition, they are able to detect a range of gases, including combustibles.

However, there are other high-Tech detecting devices such as holographic gas sensors, Ultra sonic gas leak detectors, Photoionization detectors etc. Calibration should be routinely implemented as safety procedure to ensure that detectors are measuring the correct level of gas.

In addition, the life-span of gas detectors often depends on the amount of gas vapors to which they are exposed.GZ Industrial supplies Limited have all the capacity for procurement, supply and maintenance of gas detectors.