Air leaving a compressor is hot, dirty, and wet—which can damage and shorten the life of downstream equipment, such as valves and cylinders. Before air can be used, it needs to be filtered, regulated, and lubricated. This article answers the question of what does air regulator and lubricator do? 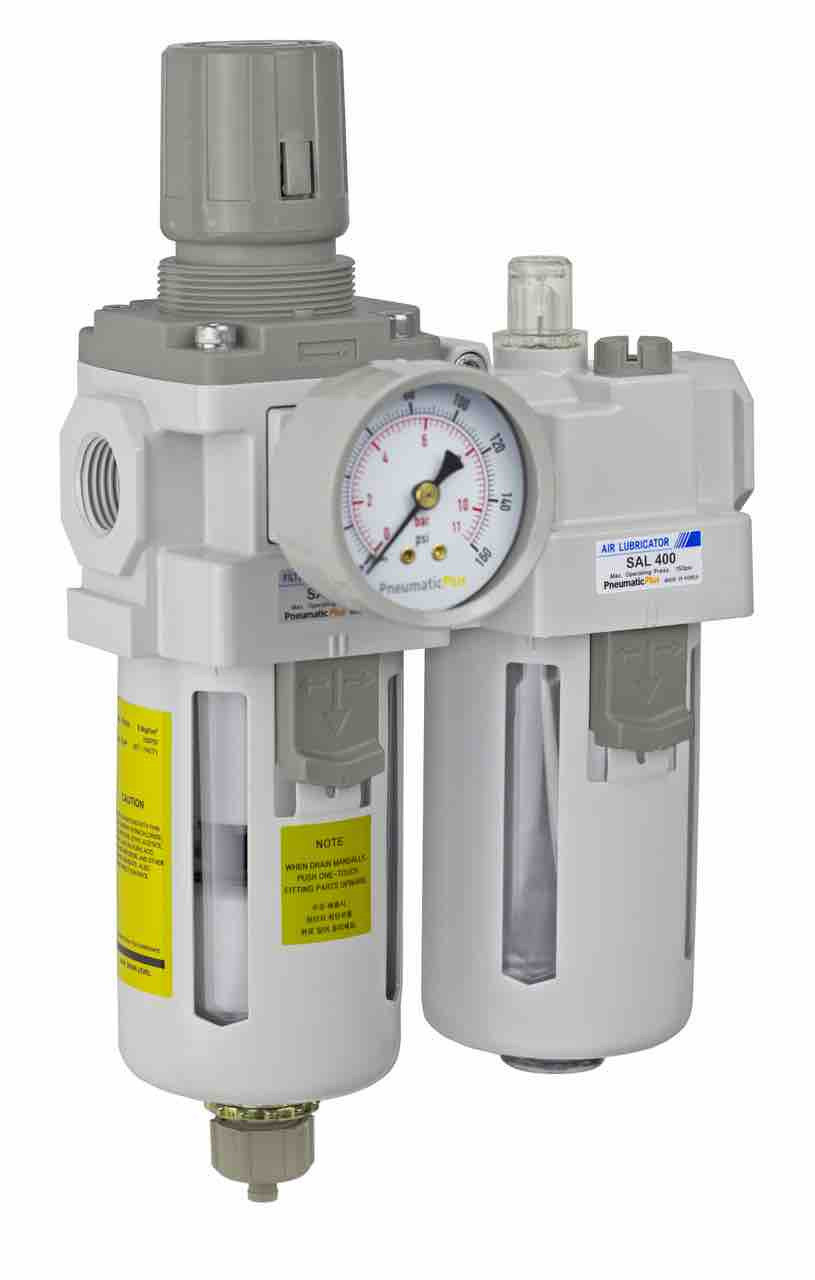 An airline filter cleans compressed air. It strains the air and traps solid particles (dust, dirt, rust), and separates liquids (water, oil) entrained in the compressed air. Filters are installed in the airline upstream of regulators, lubricators, directional control valves, and air-driven devices such as cylinders and air motors.

Airline filters remove contaminants from pneumatic systems, prevent damage to equipment, and reduce production losses due to contaminant-related downtime. Downtime in an industrial plant is expensive; often it is the result of a contaminated and poorly maintained compressed air system.

Selecting the proper filter size for any application should be done by determining the maximum allowable pressure drop, which the filter can cause. The pressure drop can be determined by referring to flow curves provided by the manufacturer.

Use as pressure regulators to equipment.

Downstream equipment flow and pressure requirements must be determined to properly select the size of the correct regulator for the application. Manufacturers offer flow characteristics charts on their products to help chose the proper regulator.

A lubricator adds controlled quantities of oil into a compressed air system to reduce the friction of moving components.

Most air tools, cylinders, valves, air motors, and other air-driven equipment require lubrication to extend their useful life. An airline lubricator solves the problems of too much or too little lubrication that arise with conventional lubrication methods such as a grease gun or oil. Once the lubricator is adjusted, an accurately metered quantity of lubricant is supplied to the air-operated equipment, and the only maintenance required is a periodic refill of the lubricator reservoir. Adding lubrication to a system also “washes away” compressor oils that travel through the system in vapor form. Mineral oils added to the system prevent synthetic compressor oil build-up on system components. When lubricators are not used in a system, installing a coalescing filter to remove compressor oil aerosols is essential.

The selection of lubricators is by the size of the downstream flow requirements. It is crucial to analyze airflow use. After determining how much airflow is needed, then chose a lubricator. Manufacturers’ curves will be similar to the one shown.