Can Inverters Be Connected In Parallel 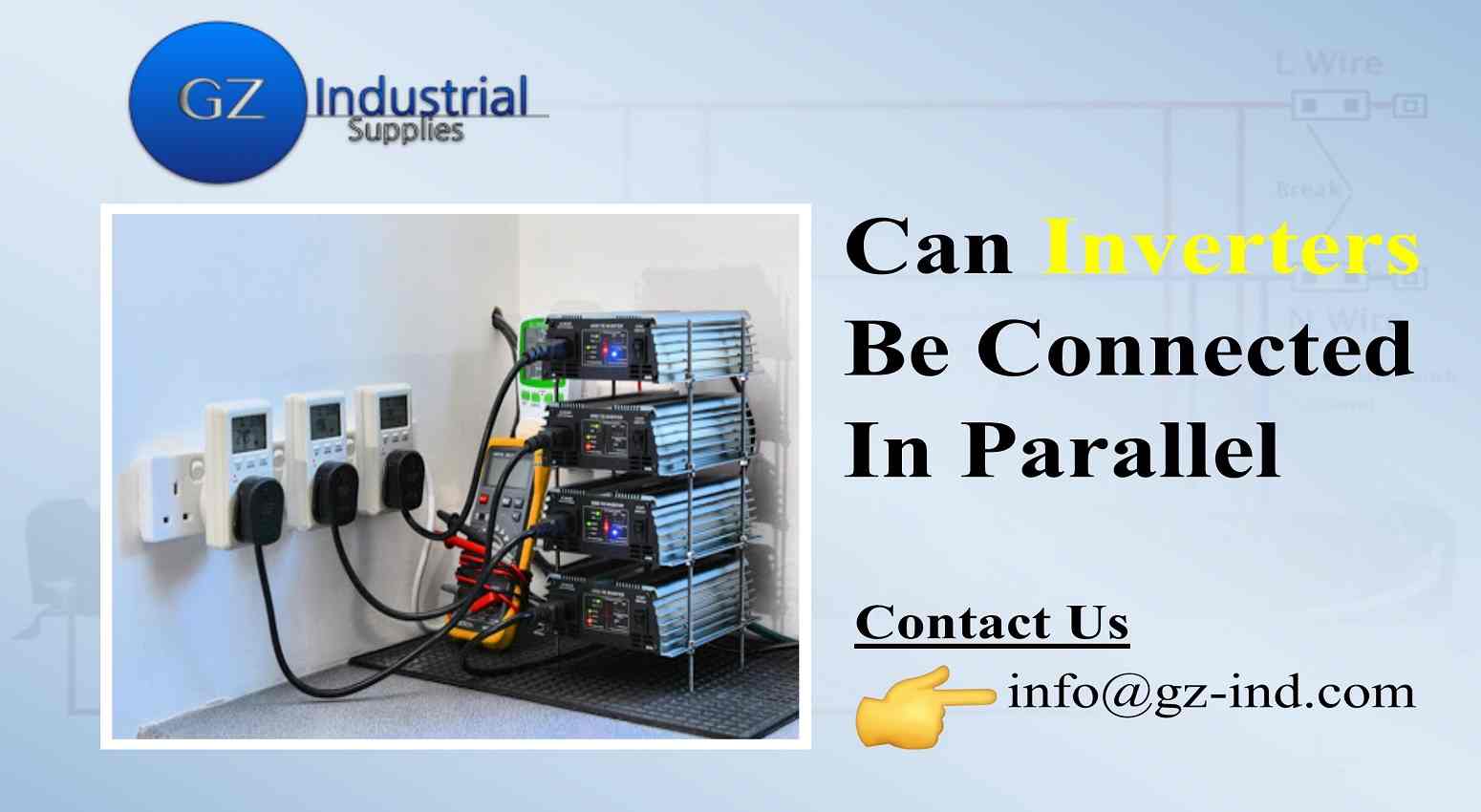 Electrical energy is the only form of energy that can be transmitted and stored after generation. In addition, electrical energy can be converted from Alternating Current (AC) which is a periodic flow – it changes from time to time into Direct Current (DC) which flows in only one direction.

Inverters are devices which can convert electrical energy of DC form into that of AC. They come in all shapes and sizes, from low power functions such as powering a car radio to that of backing up a building in case of power outage. Inverters can come in many different varieties, differing in price, power, efficiency and purpose. The purpose of a DC/AC power inverter is typically to take DC power supplied by a battery, such as a 12 volt car battery, and transform it into a 120 volt AC power source operating at 60 Hz, emulating the power available at an ordinary household electrical outlet.

The energy stored in a battery, called the battery capacity, is measured in either Watt-hours (Wh), kiloWatt-hours (kWh), or Ampere-hours (Ah). The most common measure of battery capacity is Ah, defined as the number of hours for which a battery can provide a current equal to the discharge rate at the nominal voltage of the battery. The unit of Ah is commonly used when working with battery systems as the battery voltage will vary throughout the charging or discharging cycle.

Two distinct concerns of battery charging are cycling and overcharging. Cycling refers to the process of charging a battery to a “full” condition and then discharging it to a lower state. All batteries have a finite (limited) cycle life, and the allowable “depth” of the cycle (how far it should be discharged at any time) varies from design to design. Overcharging is the condition where the current continues to be forced back through a secondary cell beyond the point where the cell has reached full charge.

The mode of connecting batteries to an inverter is essential based on what is required, there are three ideal modes in which batteries can be connected, each with their resulting advantages and few disadvantages. There are several ways to wire multiple batteries to achieve the correct battery capacity for a particular DC installation. By connecting batteries in series or parallel or both as one big bank, rather than having individual banks will make your power source more efficient and will ensure maximum service life for your battery bank.

This connection is best when the voltage level needs to be increased while maintaining a constant battery capacity, according to the needs of the system. Each battery must have the same amp-hour (Ah) rating, or else some of the batteries will become depleted sooner than others, compromising the capacity of the whole bank. Please note that the total amp-hour capacity of this series battery bank is not affected by the number of batteries.

In a series battery bank, one fuse will suffice to protect the wiring from excessive current, since any break in a series connection causes the inverter to be shut down.

In parallel connection, voltage is equal across all branches of the battery, so we must be sure that these batteries are of equal voltage. If not, we will have relatively large currents circulating from one battery through another which is not good.

It is critical to note that, if a battery is failing or fails, it reduces the capability of the entire battery system. Hence, it is ideal that a set of identical batteries be used in parallel. Also, in a parallel battery bank, one fuse is adequate for protecting the inverter against load overcurrent (between the parallel-connected batteries and the load). It is best for each and every battery to be protected against overcurrent with individual battery fuses.

A weak battery will not affect the voltage but provide a low runtime due to reduced capacity. A shorted cell could cause excessive heat and become a fire hazard. A fuse prevents high current by isolating the cell.

Batteries can be connected in series, parallel or a combination which ultimately depends on the inverter design. Connecting batteries in parallel have perks such as; having more amperage which is current and also a longer Amp-hour, duration. However, it has more drawbacks because each battery has a different internal resistance and thus will discharge (run down) at different times and this causes an imbalance in the overall output.