GZ industrial Supplies is a major stockist of power inverters, We supply for industrial applications and also for domestic uses 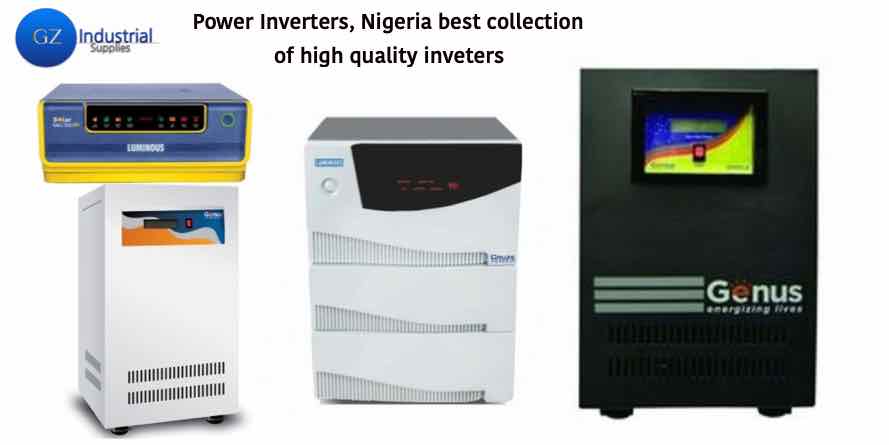 you may hoose from our range of quality inverter capacities to meet your requirement. our inverters are top-performing and reliable. Most Nigerian homes and offices have enjoyed years of stable performance from  inverters we have supplied, this enhances their work, life and comfort. Helping them save a lot of money,  Our inverters have a 1 year warranty, from a financial consideration standpoint you buy them virtually without any purchase risk.

GZ supplied inverters are not only designed to withstand the rigours of our unstable public power system, they also offer the capacity to meet any scale of work load. Whatever your requirement, there is a GZ supplies inverter capacity that will match it, we have partnered with the best brands.
we have a strong technical team that will come around anytime of being called upon, give us a single call and you will be rest assured we are already in your location to trouble shoot at no cost.

There is an input voltage that goes in to the inveter, output voltage and frequency, and overall power handling depend on the design of the specific device or circuitry. The inverter does not produce any power; the power is provided by the DC source most of the time batteries or solar panels that converts light energy into electrical energy.

A power inverter can be entirely electronic or may be a combination of mechanical effects (such as a rotary apparatus) and electronic circuitry. Static inverters do not use moving parts in the conversion process.

A typical power inverter device or circuit requires a relatively stable DC power source capable of supplying enough current for the intended power demands of the system. The input voltage depends on the design and purpose of the inverter. Examples include:

There are two basic designs for producing household plug-in voltage from a lower-voltage DC source, the first of which uses a switching boost converter to produce a higher-voltage DC and then converts to AC. The second method converts DC to AC at battery level and uses a line-frequency transformer to create the output voltage.

Brands of power inverters we carry are: