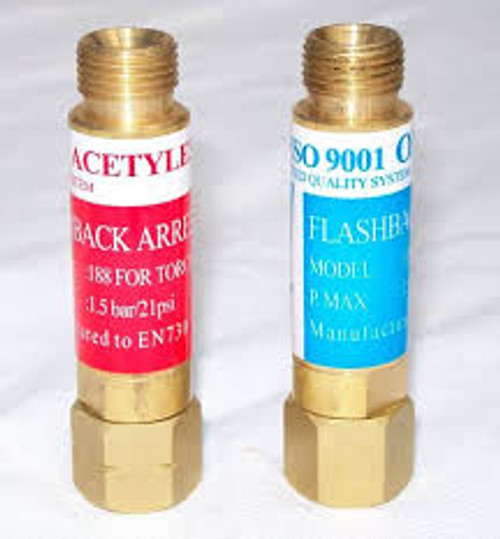 Oxygen/Acetylene flashback arrestor for 8mm hose or other sizes.

Flashback arrestors (FBA’s) are commonly used safety devices that stop or impede the progress of a flame front upstream of the insertion point.  Probably 90% of all FBA’s used on oxy-fuel cutting and heating torches are designs which have sintered stainless steel elements. The remainder are designs which use coiled tubing to quench the heat associated with a flashback flame. These elements quench the flame front as it propagates back upstream toward the torch and/or regulator.  FBA’s are generally reliable in performing the intended function so long as the device is used according to the manufacturer’s instructions.

send for request for quotation for welding consumables by contacting us or sending an email to info@gz-ind.com