What Power Tools Do Carpenters Use 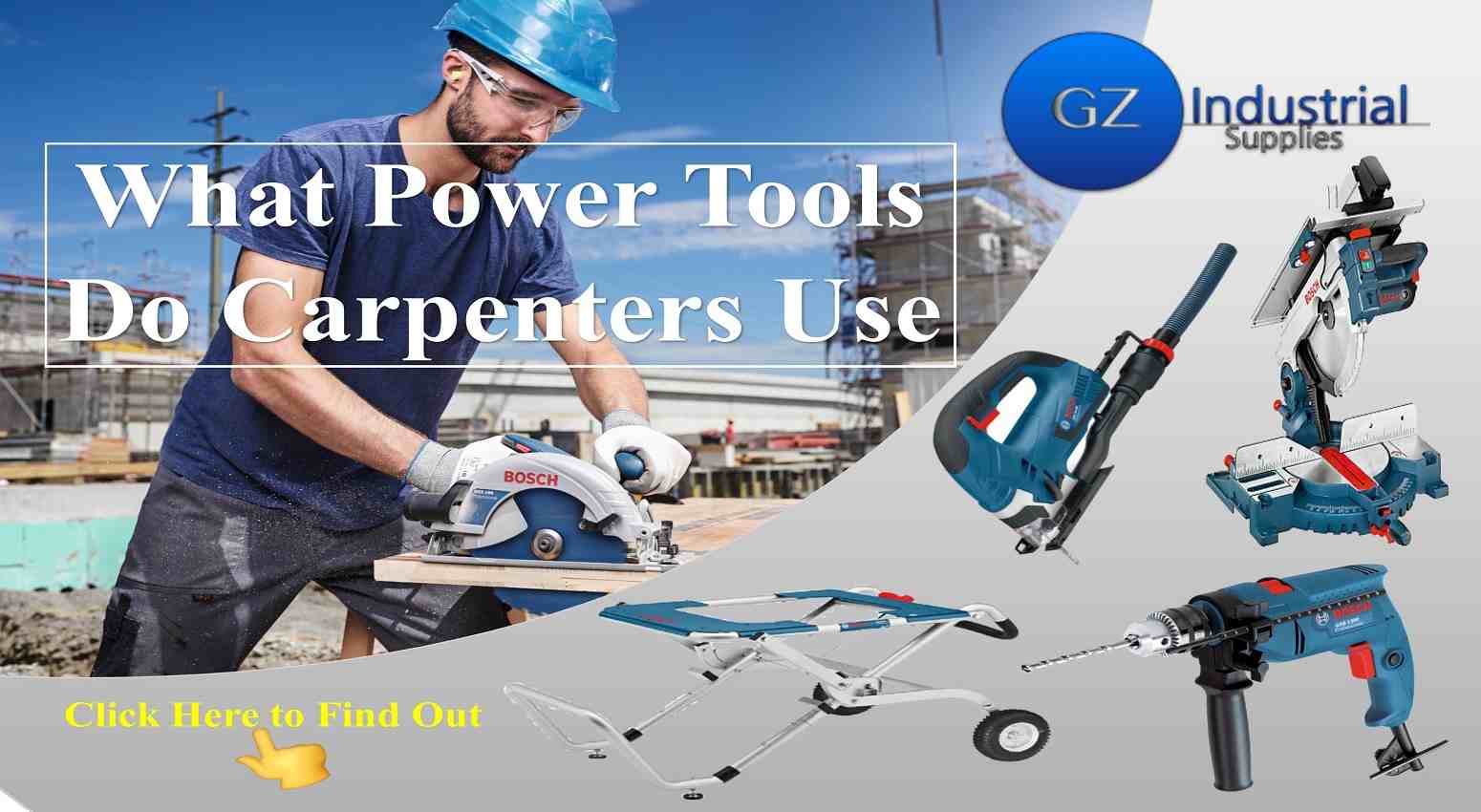 Carpentry is a skilled trade and a craft in which the primary work performed is cutting, shaping and installation of building materials during construction of buildings, ships, timber bridges and concrete framework. The term includes both structural timberwork in framing and items such as doors, windows, and staircases.

A carpenter’s work may also extend to interior jobs, requiring some of the skills of a joiner. These jobs include making door frames, cabinets, countertops, staircases and assorted moulding and trim. Much of the skill involves joining wood inconspicuously for the sake of appearance, as opposed to the joining of unseen structural pieces.

Carpenters use a variety of tools, both hand and power tools, in construction, design and completion of their task. In this article, power tools used for carpentry will be the focus of discussion.

A power miter/mitre saw is a power tool used to make a quick, accurate crosscut in a work piece at a selected angle. It is commonly used for cutting of a mould and trimming. Most of these saws are relatively small and portable, with common blade sizes ranging from eight to twelve inches.

A circular saw is a hand held type device that uses a toothed abrasive disc or blade to cut wood using a rotary motion spinning around an arbor. Circular saw blades are specifically designed for each particular material they are intended to cut. They are designed for making rip-cuts, cross-cuts or combination of both rip and cross cuts. Circular saws can be powered by electricity, gasoline engines or a hydraulic motor which allows it to be fastened to heavy equipment, eliminating the need for a separate energy source.

Circular saws can be either left handed or right handed depending on the side of the blade where the motor sits.

This is a type of powered saw consisting of a motor that drives a narrow blade in a rapid up and down motion. The blade of the jigsaw usually cuts on the upstroke as a result of its teeth pointing upwards. If a clean cut is important, the workpiece should be turned in order for the material to prevent splintering on the front. Jigsaws are primarily used to make curved, intricate cuts in woods.

Corded Jigsaws are connected to a continuous power supply and have an unlimited run time. Also, they can be used for heavy duty cuts and are lighter than the cordless jigsaw. However, it is limited by the length of the cord.

Cordless jigsaws are portable and flexible provided their batteries are charged. However, the power may drain quickly when cutting thick wood, requiring regular charging, they are heavier and more expensive than corded jigsaws.

Table saws are dangerous tools because the operator holds the material being cut rather than the saw. This feature makes it dangerous as the user can accidentally move hands into the spinning blade.

An impact driver is a power tool that delivers a strong, sudden rotational force used to tighten or loosen (drive) screws and nuts. They can also be described as high-torque tools primarily used for driving screws and tightening nuts. This is due to the torque available, one will typically be able to quickly drive long, wide screws into the toughest of materials.

GZ Industrial Supplies Nigeria is a company whose existence is premised upon the need for distribution and supplies of industrial materials and as one of the home of the largest direct marketers and premier distributors of industrial materials, Metalworking and Maintenance, Repair and Operations ("MRO") supplies, workshop tools, Lubricants, Chemicals, Inverters and Batteries, Cleaning and maintenance chemicals to industrial customers in Nigeria.